Quantum systems can be influenced by environments. The most well-known quantum system is a Paul or ion trap in which charges are controlled by electric and magnetic fields [1,2]. The quantum theory for such a system is governed by the time-dependent Schrödinger equation described by a Hamiltonian that explicitly depends on time or control parameters. Nearly a century ago, Born and Fock proved the adiabatic theorem that the quantum system remains in the same eigenstate during the evolution when the Hamiltonian changes sufficiently slowly [3]. Assuming that a time-dependent Hamiltonian () has instantaneous eigenstates corresponding to a discrete energy spectrum as


where the phase consists of the dynamical phase and the geometric phase:


Here, the coefficients satisfy a system of linear differential equations:


Thus, the quantum system remains in the same eigenstate when the change of the Hamiltonian is sufficiently small in comparison to energy separations, and () are almost constant.

However, when the Hamiltonian rapidly changes, the adiabatic theorem does not hold and the nonadiabatic or exact evolution should be employed. Lewis and Riesenfeld [4] found that a quantum invariant satisfying the Liouville-von Neumann equation


where is a constant and the phase is given by


Note that the dynamical and the geometric phases are computed with respect to the eigenstates of the invariant, not the eigenstates of the Hamiltonian. One can raise a question about the evolution when the system adiabatically changes around the initial and final times while it evolves nonadiabatically in between. In fact, shortcuts to adiabaticity (STA) is a protocol to speed up quantum adiabatic process through nonadiabatic routes [5]. The invariants are used to study the STA [5,6]. The physics and applications of the STA are discussed in detail in Refs. [7,8] and the references therein.

In this paper, we realize the STA by using timedependent harmonic oscillators and investigate the conditions for an adiabatic evolution, an STA and a nonadiabatic evolution. The physical motivation is that as shown in Table 1, the spectrum generating algebra (2, 1) for harmonic oscillators is isomorphic to those algebras for some noncompact groups and to those algebras for other compact groups through complexification. This means that many quantum systems with isomorphic algebras share common physical characteristics. Another motivation is that any exact quantum state of time-dependent oscillators can be expressed in terms of complex solutions to the classical equation, which was explicitly constructed by Lewis and Riesenfeld [4].

Let us consider a time-dependent oscillator of the form ( = = 1)


We may introduce a spectrum generating algebra


We can also use the oscillator representation


to express the algebra


The isomorphisms of Lie algebras for noncompact and compact groups are summarized in Table 1.

The inverse engineering is a time-variation of control parameters from a chosen evolution of quantum systems. The complete set of the instantaneous eigenstates (1) of 0() leads to an evolution operator


where | ()⟩a = |()⟩a. A question is raised about which Hamiltonian () has the evolution operator (13) as the exact Schrödinger equation


In the Berry formulation [10], the given Hamiltonian and the evolution operator have the spectral representation

Then, the Hamiltonian necessarily has a counterdiabatic driving (CD) part


We illustrate the inverse engineering and the CD Hamiltonian by using a time-dependent oscillator (8). The instantaneous eigenstates are constructed by the time-dependent annihilation and the creation operators


Then, the Hamiltonian has the form

We briefly summarize the Lewis-Riesenfeld invariant and linear invariants for the time-dependent annihilation and the creation operators. The exact number states and the displaced-squeezed number states were found in Refs. [13,14] and the references therein.

The time-dependent oscillator in Eq. (8) has the Lewis-Riesenfeld invariant [4],


where is a solution to the Ermakov equation [15]


The time-dependent annihilation and the creation operators are linear invariants [16,17]


where is a complex solution to the classical equation


The magnitude of the complex solution ()


is the solution to the Ermakov equation (24). The exact number states are [13]


where is the Hermite polynomial.

The first model has a polynomial amplitude [20]


and another boundary condition at the final time

Setting ω0 = 1, Fig. 1 shows that the amplitude () exhibits constancy for a ω1 range [1, 3] around the initial time = 0 and the final time = . As shown in Fig. 2, the frequency can change from ω0 = 1 to above ω1 = 3 keeping the STA. The elongation of does not change the dynamics of the STA because it corresponds to a rescaling of time. 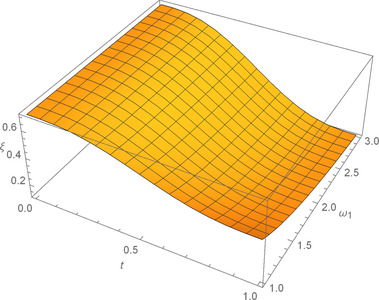 Figure 1. (Color online) The amplitude () against ω1 for the polynomial model with = 1. 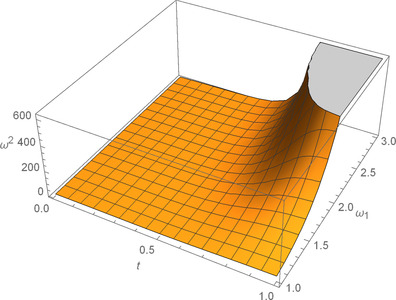 Figure 2. (Color online) The frequency ω2() against ω1 for the polynomial model with = 1.

The second model has a hyperbolic amplitude


This model has the asymptotic amplitude 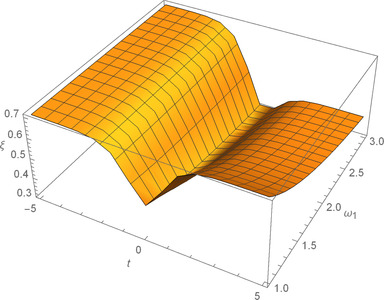 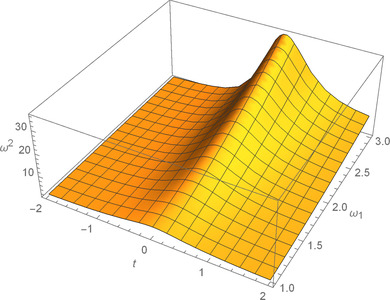 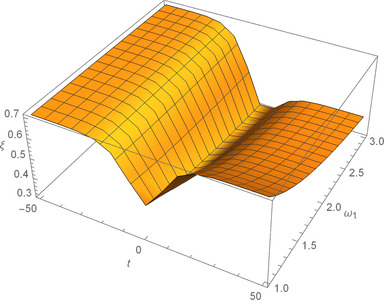 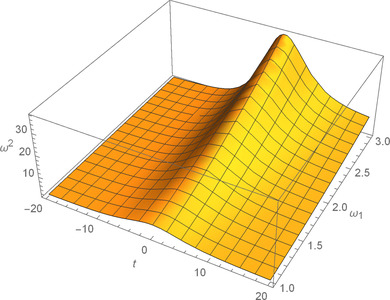 As an exact model, we consider the time-dependent Frequency


The complex solution is known as [21]


Here, is a normalization constant such that the asymptotic solution is given by (−∞)/ = 0/.

The Hamiltonian is expressed in terms of () and () as


measures the condition for the STA: 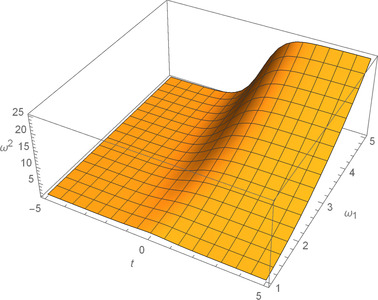 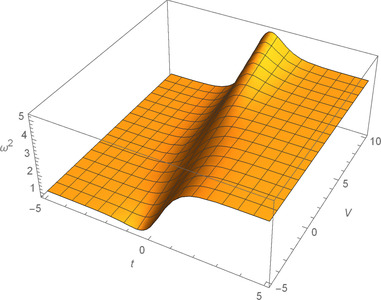 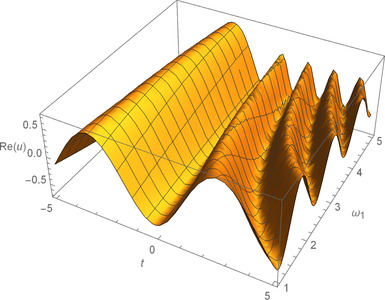 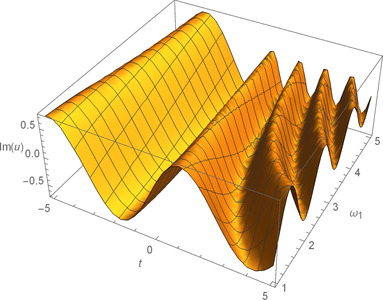 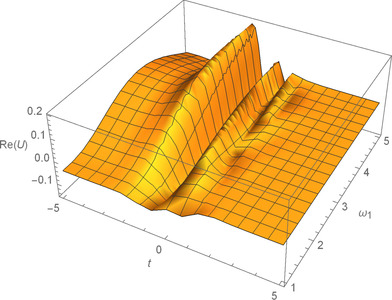 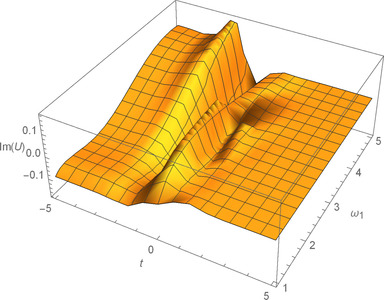 Indeed Fig. 13 shows that the evolution is adiabatic as expected. 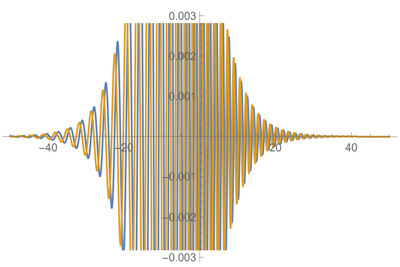 Shortcuts to adiabaticity (STA) is a protocol to speed up adiabatic evolutions in the same eigenstates. We studied the STA by using time-dependent oscillators. The fact that oscillators have spectrum generating algebras (2, 1) ≈ (1, 1) for noncompact groups, which through complexification, can be made isomorphic to spectrum generating algebras (3) ≈ (2) ≈ (2), generators for compact group, implies that time-dependent oscillators may provide useful information about other quantum systems, such as spin systems.

This work was supported by National Research Foundation of Korea (NRF) funded by the Ministry of Education (2019R1I1A3A01063183).