A Study of Red Shift of UV Light from a Germicidal Lamp Whose Wavelength, λ ≈ 260 nm and 360 nm

We can see the blue light coming from a germicidal UV lamp with our unaided eyes. Its main wavelength was 253.7 nm. However, it stands to reason that humans cannot see UV light with the naked eye. As a result, I will investigate several sources of blue light from the UV germicidal lamp, such as blue light from the UV lamp, scattered light, etc. This investigation will highlight the UV germicidal lamp as the main source of blue light. We will also investigate the physical conditions that cause UV light to emit visible blue light. We will then suggest on how to search for a tiny particle that is present near atoms whose mass ( eV) is less than that of the electrons. 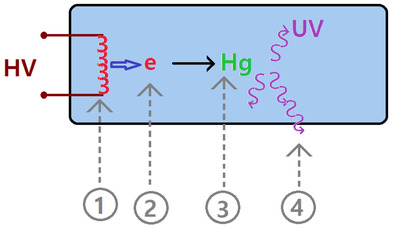 When an electron hits a metal surface, either an X-ray or UV light is produce. We can determine the UV light's wavelength by emitted a simple calculation on an excited mercury atom. Early in the 20th century, Moseley calculated the relationship between X-ray wavelength and atomic number. Equation (1)[1] can be used to calculate the wavelength of the wave caused by electron hitting a metal. 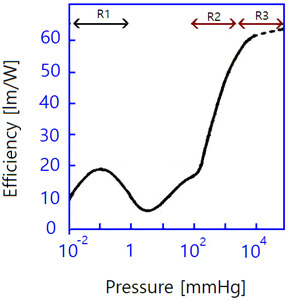 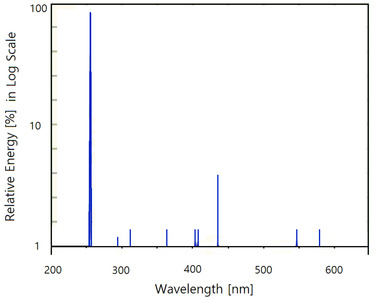 In this study, I focused on the four UV lights whose wavelengths are less than 380 nm and whether they affect the amount of blue light and visible light. The wavelength of light, a type of electromagnetic wave, can be shifted for several reasons. For example, Raman scattering, Compton scattering, the Doppler's effect, etc. However, this investigation did not consider Doppler's effect because the UV source and detector do not move. Also, I did not consider that fluorescent light was produced by the interaction between UV light and fluorescent material surrounding the UV lamp.


where λ and are the wavelengths of UV light before and after Compton scattering. Theoretically, the maximum wavelength difference (=0.24 nm) occurs with . The changed wavelength, , is ten thousand times smaller than that of UV light, sub 100 nm.


where and are Boltzmann constant, the temperature in Kelvin, and the Plank constant.

This result gives us the information that a small amount of the shifted frequency by Raman scattering could shift the UV light to visible light.

By the calculation, we know that a Raman scattering can shift the wavelength of the incident wave up to nm in the ideal condition. So, small amount of wavelength shift by Raman scattering could make the UV light turn into the visible light range. In the following study, I will investigate how much UV light from a mercury germicidal lamp could turn into visible light.

We investigated whether the major reason UV light in a germicidal lamp shifted into the visible region is a Raman scattering rather than a Compton scattering when we consider only two scatterings. 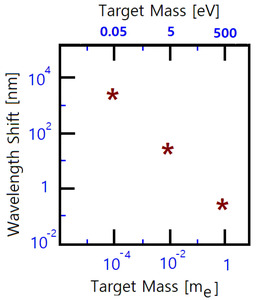 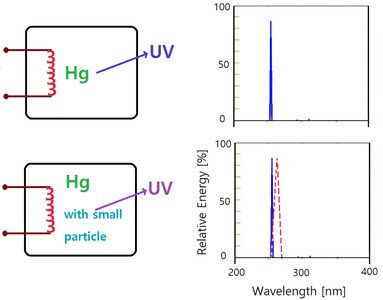